20 Reasons Why I Drank Alcohol

20 Reasons Why I Drank Alcohol And The Reason I Stopped — Talk Sober at YouTube.com.

Today I’d like to go over a paper that I found in one of my notebooks. It’s titled, “20 Reasons That I Drank, and the One Reason I Stopped Drinking”. (I added the reason that I stopped drinking years later.)

This was a list that my therapist had me compile, because she was trying to help me stop drinking. So here are the 20 reasons that I said I drank. 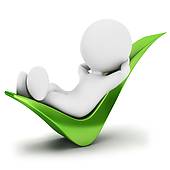 Number one was to relax. At the end of a long day, it was really hard for me to sit back and relax, because there were so many things to do. I found that with a couple of drinks, I could relax and chill out, and usually fall asleep on the couch, which was pretty relaxing.

I even went into therapy. And I remember there was this Zen relaxing meditation guy as my therapist. I wanted him to spit out the answer to my problem, but he never did. He probably did have the answer, but I couldn’t shut my thoughts off long enough to actually listen.

I would go to a restaurant to eat my lunch, because I liked to go to lunch every day by myself and collect my thoughts. And in order to be able to eat, I thought I had to have two or three beers or drinks, or whatever it was. What would usually end up happening is that I would have too many drinks, and I’d be kind of useless the rest of the day.

Number four was a big one. The fourth reason I drank was to lower my anxiety. I was a very anxious person, especially when I left the house. I was always wiry, always acted like I had about 50 cups of coffee, even though I only had half a cup. And I couldn’t sit still. I always thought everyone was watching me. I always thought everything was about me. I was jittery. If I got up to speak in front of people, I was anxious. And so I drank to lower my anxiety.

Five was a big one for me. This was a tough one to give up when I finally decided to stop drinking, and that was that I liked the taste. All the microbrews, all the different beers, all the stuff out there was really good, and I liked it, and I enjoyed it, and it made me feel good.

But towards the end of my drinking, that all started to taste the same. So I switched over to vodka. I absolutely detest vodka, but I drank it because it was easier to hide in different drinks than the other stuff.

Another one was that I liked to enjoy it while cooking. I would always cook with wine. Sometimes it ended up in the food, sometimes it didn’t. But nevertheless, I liked to relax and cook and everything like that.

This one is probably a big one for a lot of people. If you have racing thoughts, and you’re kind of an anxious person, it’s very difficult to go to bed at night. You can’t fall asleep, and it’s just tough. So I would drink a few drinks to help me fall asleep.

And you know, sometimes I would drink a few too many, and then I’d wake up in the middle of the night, and my cycle of sleep would never be normal. But nevertheless, that was one of the things that I thought drinking helped me with.

I was always a guilty person. I grew up in the church, where they said, “If you think about doing this, then you’re terrible. If this thought crosses your mind, you’re terrible.”

The though part about dealing with the guilt is that when you first start drinking for the day, the guilt gets worse, and it doesn’t really go away until you completely pass out. And then you wake up the next day with even more guilt. Which means it gets worse. And it’s a huge cycle. I would go through these three-week cycles where I would drink to get rid of the guilt, but it didn’t work anymore.

Number nine was to be able to focus on work. You see, in my job I was self-employed, which means I didn’t really have anyone telling me to do things. I had to figure it all out on my own, and I had to go do it. And being an anxious, wiry, person, I felt like I wasn’t able to sit down and actually focus. I thought about a million different things and I started a million projects, but I never finished one. I felt like alcohol helped me slow down and actually get things done. And for a while, it kind of did that all right.

I was always living in a reactive mode. If something happened to me, if someone called me a name, if someone said something that irritated me, if we did poorly at work, I would get all flustered and react, instead of responding and slowing down and calculating. I was always reacting like a frightened child, always on the attack. I would be less reactive if I drank. I’d be able to slow down and calculate. 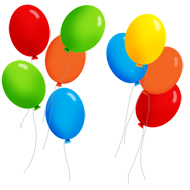 Without drinking, I thought I wouldn’t be a fun person. I’d be this boring guy in the corner with nothing to do.

But over time, I actually found that it’s more fun to be sober, because sober people actually remember things.

Number twelve is self-absorbed loathing—the narcissistic way of feeling better rather than being better. This is an interesting one. You might wonder why someone would drink to induce self-loathing and what the benefit would be. Well, when you deal with alcoholism and you have a touch of narcissism, self-loathing was kind of like paying your dues. I would do bad things, and then I would self-loathe about bad things, which made me feel like I was paying for my sins. Which in actuality, it’s not. It’s just self-torture, self-punishment without the desire to do better next time.

Number thirteen was that it was easy to be a victim. Early in life, I learned from my family that if you ever got in some kind of trouble—legal trouble, money trouble, whatever it was—you should find a way to weasel out of it. And for me, it was easy to be a victim. When I drank, I could drink and say my money problems were because of the IRS or the government, or my money problems were because of my students that didn’t do enough, of because of this, or because of that. It was never because I just didn’t do what I was supposed to do. It was never just because sometimes I was lazy, or sometimes I didn’t work hard enough.

It was easy for me to be a victim. I was a victim of my life, a victim of society, of the government. Everything was against me, as if the world cared that much about me. I would drink and become the victim, and it would make it easier, because then nothing would be my fault.

I drank to get rid of depression. When you get depressed, you don’t feel like you need to do anything. You just wallow in it, and it’s easy. Just like being a victim, it’s easy to be depressed. It’s easy to just kind of stop and do nothing. 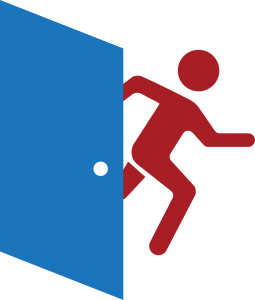 But nevertheless, I drank to escape. I was running and running, and unfortunately the alcohol was following close behind. It wasn’t allowing me to escape, and it left me in this huge cycle.

Number twenty was to be motivated. I felt like drinking was like rolling up my sleeves. I’d take my box of beer into my office, which was built in the backyard, and I’d go to work. That beer was my suitcase. One drink, and I’d be motivated. I’d be ready to go.

20. An Alcoholic in a Self-Made Prison

Those are the twenty reasons that I drank. This is a list I wrote a few years ago. The one reason I don’t drink anymore is because none of that stuff really works. All twenty of the reasons might seem like they work. But when you continue to drink, these things get worse.

When I drank to lower my anxiety, I would overcompensate. And then the next day, I would be more anxious than before. I would require more alcohol. When I drank to shut off my thoughts, my brain would speed up without alcohol and my thoughts would be racing like crazy.

All of this stuff doesn’t actually work for an alcoholic. That’s why I don’t drink. I don’t want to be in that delusional world, thinking that alcohol is the cure-all for my problems. And if I kept drinking, I would have absolutely ended up dead. That was the path I was on.

So the reason that I don’t drink today is because I know that I’m an alcoholic, and I know what my brain does. Normal people don’t sit around thinking about the 20 reasons that they drink, because they don’t have problems with drinking. They just drink normally.

Alcoholics, on the other hand, drink because they want to do something. It does something for them, more so than the average person.

And what I want to tell you today is that all the reasons you might drink, all the reasons you think drinking is helping you and doing good for you, those are not real. They don’t really work that way. They might seem like they help for a little bit, but they will hurt you in the long run.