As many of you probably know, I started trying to get sober back in 2013. I actually started getting sober in 2014 towards the middle of the year. And one of the things that you’ll notice about me as a person is that I suffer from having crazy thoughts. I have OCD, which is not uncommon for many people dealing with addiction and alcoholism and things like that.

And because of that OCD, I like to figure out what’s wrong with things. I like to figure out how to fix things. It’s kind of an obsession of mine to be able to do that. When I went into rehab, I kept a notebook of all my notes and everything from the time when I first started trying to get sober. I had actually started off using them for business ideas, so half of them were for business, but the other half were all about the different things I was thinking about, the struggles that I had, and things like that.

What I like to do is try to reverse-engineer things and ask, “Where does this come from?” So it made me wonder. Could someone have predicted, based on these notebooks, that I would become a full-blown alcoholic, be suicidal, and have all that stuff go on? Could someone have predicted it? And is there a place where someone could have intercepted it, intervened, and asked what was going on?

What Was Going On? 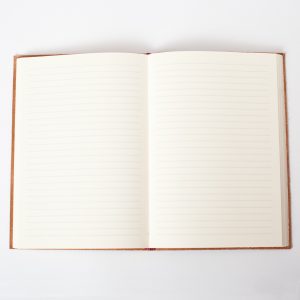 In one of my journals, I was talking about anxiety disorders, panic disorders, and OCD, and things like that. And this leads me to believe that there are different things that we can look at with the alcoholic, the addict, and different telltale signs.

For me, when I was drinking, I felt alone. I felt like I was there in my house and no one, not my family, not even my wife, no one could understand what I was going through. No one could empathize. I thought that all these things were happening just to me, like no one could relate. I asked myself, “What is wrong with me?”

As I look at my notes, I ask myself what it was that I was struggling with. I wasn’t able to let my thoughts stop. I would sit there at night, trying to go to bed after a day of work, and my mind wouldn’t shut off. I would think about different things. Bills that had to be paid, employees that were working for me. Did I shut the office? Did I shut the back door? Is there enough to drink tomorrow?

These thoughts were going and going, and I didn’t know how to shut them off, other than by drinking.

I was also dealing with the OCD. I was checking everything, making sure everything was okay. At the time (and still today) I made my living online, and I thought to myself, “Well, the internet never sleeps, so I should be awake fixing my money problems.”

When we look at these traits, we can think about the idea of an addictive personality. Are there people that are predisposed to becoming an addict?

In my family, I have three brothers, and all of us have struggled with addiction of some sort, with some of us struggling more than others. But all four of us have that in our way. And it’s all over the family. So we can look at this and ask, “Is it genetic?”

We can also ask, “Is it something that happens with your thoughts?” I was definitely prone to depression. I was like the kind of person that would purposely go in my office and put sad music on, get depressed and get sad, and then wonder why the hell I was
depressed and sad, as if I didn’t really know.

So we can look at the inability to stop thoughts, the OCD, the guilt, being prone to depression, the anxiety, all of that stuff that was going on with me. And we still have the question, “What was wrong with me?”

I went so far as to try and find rehabs that were dealing with certain types of
neuroplasticity and brain science so that they could figure me out. I went to certain types of therapy, and nothing seemed to help. I had therapists who told me point blank,

“You don’t have an alcohol problem.” Which was pretty much like saying, “Here’s a bottle. Go finish it. You now have the ability to tell everyone you don’t have a problem.” (Even though you do.)

The Path of Least Resistance 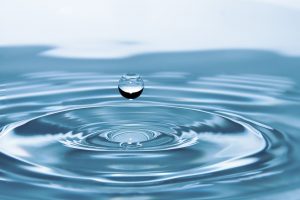 The fact of the matter is that the issue comes from our thoughts. When you think something, the thought comes and naturally tries to take the path of least resistance. It’s like water. If you ever watch water in your backyard, and you watch when it rains, the water goes down a path that it’s gone down before. Why? Because it’s easier. It digs that groove, digs the groove, digs the groove. And over time, it gets so easy, it’s like a little waterslide.

We’re not victims of our thoughts. They’re not good, they’re not bad. They’re just a chemical response in our brains, just something that happens.

What We Need to Do

So now, what we need to do is learn how to take our thoughts and align them with things that are going to be more helpful for us.

First and foremost, you have to stop worrying about what’s wrong with you. You have to start dealing with the problem, which is drinking. Because you might not see it now, but every drink, every time you go back there, it starts the negative thought pattern. It dips you down into it, and it’s kind of automatic.

So it’s time to stop worrying about what’s wrong with you, and time to start focusing on new thought patterns. It won’t be easy, because these are deep grooves, and they’re always going to be there. But you can learn to think a different way and make it easier to bypass the groove. You can learn how to take different paths with our thoughts. You just have to start now and do it over and over again. You’ve taught your mind to say that drinking is the path of least resistance. But you need to think about these thoughts, and stop them, and start intercepting them. You need to focus. 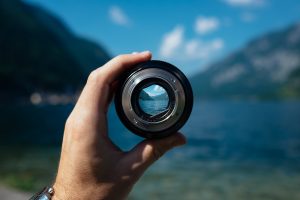 Over on my site at www.TalkSober.com/notes, if you put your name and email in the box, you can get my notes and learn more about this stuff. Because I don’t want you to have to go through it the hard way like I did. Chances are, it’s been hard enough on you already, and we don’t want to wait until it gets worse. You want to start to do this stuff now and start feeling better, starting today.