The Difference Between Alcohol Abuse and Being an Alcoholic

The Difference Between Alcohol Abuse and Being an Alcoholic — Talk Sober at YouTube.com.

Today we’re talking about the difference between alcohol abuse and being an alcoholic. I’ll talk to you about my personal story and show you what the difference is between someone who just drinks like a problem drinker and a full-on alcoholic.

First, I’d like to disclaimer this information by saying I’m not a doctor, and the advice that I give you should never be mistaken for medical advice. Always consult your medical practitioner when you’re doing medical stuff, especially if you’re detoxing from alcohol. If you think you have a problem, you should always get help the help you need. 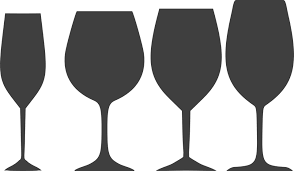 You see, I wasn’t the typical drinker, like someone I thought an alcoholic would be. At the time, I was able to hold down a job, I was able to look pretty good on the outside. I didn’t think I was that guy. I just enjoyed my drink every day, and the amount that I consumed was quite a bit. From the outside, I looked okay, although I had a lot of personal issues, where I had been getting hurt while drinking, and had issues of being unable to stop drinking, things like that.

So, I sought out some help. I thought, “What’s the deal? What’s going on? How can I get help?”

At first, I thought it was a therapy issue. I though, “Well, if I could talk to a therapist, and get to the bottom of the things that plagued a little Marcus as a child, then maybe I wouldn’t drink so much. Or I wouldn’t feel the need to do it. I thought it was mainly a therapeutic problem. I was running from something, or something was wrong with me, or maybe it was something that had some letters to it that they could diagnose, or whatever it could be.

I sought out many different therapists, all of whom told me, “you misuse alcohol,” or “you have a little problem, but you’re not an alcoholic. You don’t need to get help as if you were an alcoholic.” I even went and found hypnotherapists that would say, “let’s hypnotize you to hate alcohol.”

Or I went to the regular counselors who said, “Here’s what you need to do,” but no one ever said, “Hey Marcus, you are an alcoholic, and you need help.”

That’s why I’m creating this blog post. It’s for you to get past all the myths. If these people hadn’t told me that it was okay, or that I didn’t have a problem, I probably wouldn’t have had to go through all the things I went through.

I ended up getting in trouble with my job, trouble with finances, blowing close to $100,000 on various things, trying to get better, going crazy, having a 5150 suicide attempt, being taken by the cops, and all kinds of things like that. A lot of that probably could have been avoided had someone explained to me what being an alcoholic is, and what was going on.

I had this question in my mind, saying “What is wrong with me? There’s something wrong, I can’t quit, I can’t stop.” And to tell an alcoholic that’s it’s just a little drinking problem is pretty much like handing him another drink.

So let’s talk about the difference between the problem drinker and the alcoholic.

Natter what people tell you, the main difference between the two is the ability to stop drinking. You have to ask: “Can I stop? Has this taken over so much that I can’t stop, and my body now thinks it needs it?” That’s what chemical dependency is about.

For me, this was a very, very difficult question. I looked good on the outside, and when it came time to try to stop, I was like two people. There was this one person who could make it a couple of days, or a couple of weeks, without drinking. And there’s this other person who had to have it. And I felt like they were always at war with each other. And after I was able to string together a week, or two weeks, or whatever it was, at that time I found myself going back again. It was almost like I was on autopilot. There was something in me saying I had to have it.

A lot of people think that alcoholics might have legal problems, or financial problems, or various health problems, and different stuff like that. But all of these can happen whether you’re just a problem drinker or if you’re an alcoholic.

Oftentimes your alcoholism could be masquerading as a sheep, or as a wolf in sheep’s clothing. You might look okay on the outside, but on the inside, you have that voice that’s saying you have to drink.

So you don’t just want to ask yourself what the difference is between a problem drinker and an alcoholic. You want to ask, “What is controlling you?” If someone else is driving the ship, and you can’t seem to stop, and everything in your mind is hijacked and hardwired to think that you need this alcohol to survive, chances are you are an alcoholic.

And it doesn’t matter how many skeletons are in your closet, or what happened to you when you were a kid, or if there are coexisting conditions. Because my guess is if you’re like me, this alcoholism is causing a lot of the problems that you think are caused by outside sources. 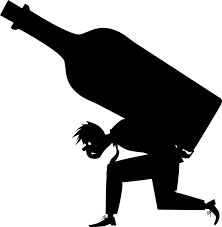 If you do feel like you need help, go to www.talksober.com/help. I have some videos and tools to help you get through this issue. No matter what the consequences are, no matter how bad you’ve gotten, or how bad your life might seem, there is hope on the other side.

If you would have told me three years ago when I was being handcuffed and taken away with a suicide attempt that today I’d be living a sober life and feeling okay, and living every day without alcohol, I would have thought you were crazy. Because I saw no way out. Everything was piling up, and no matter what I tried, I couldn’t stop.

Because here I was, I had made over five million dollars in my career, and I had a house and had a family, and everything looked good on the outside. I wasn’t your typical in-the-street kind of guy. And the fact of the matter is that this affects anyone. Broke people, multi-millionaires, happy people, sad people. It’s not partial to one group.

If you think you’re an alcoholic, you need to get help. Go to www/talksober.com/help, check out my tools, and we help you get and stay sober once and for all.

For more information, go to www.TalkSober.com.