Why Can’t I Stop Drinking?

Why Can’t I Stop Drinking Alcohol? Learn the Truth! — Talk Sober at YouTube.com.

Today we’re going to answer the question, “Why can’t I stop drinking?”

To answer this question, we’re looking at a story. There was once a scientist on a farm, and his name was Pavlov. He tried an experiment with his dogs and a bell. Each time Pavlov fed his dogs, he rang a bell first. He noticed that over time, he just had to ring the bell, and they’d come hungry and ready to eat. 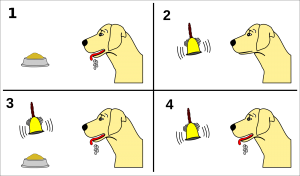 What was happening here? There was a command getting embedded in the dogs’ brain. I was like a little bolt of lightning going off. Over and over, the bell would embed this command, and the dogs would respond with the salivating, and the hyperactivity, and the desire for food. The dogs got hungry even if they had just eaten. This is what we call conditioning. The dogs were conditioned by the ringing of the bell to desire something, which was the food.

Here, you have what’s called the trigger. This is the event. It’s the ringing of the bell, or whatever it may be. There are triggers in our own life as well. Except, rather than something as simple as a bell, and a response of being hungry, our responses may be deeply embedded in our brains.

For example, when I was a kid, I used to get yelled at often by one of my step parents. It was very threatening, and it scared me a lot. When you’re a kid and you get yelled at, it’s a traumatic experience, and that trauma gets ingrained in your brain.

When I was getting yelled at, I would look at facial expressions, I would look for warning signs. I would embed the way something looked, or the way a voice sounded. And all of these things put little zaps in my brain of what to watch out for. So now, if I’m sitting there talking to someone who is not a threat, but they start to move their face in a way that that person did when they yelled at me, it can produce a result of fear, or a need to leave, or something like that.

Now, the same thing is happening with alcoholism. All day, your brain looks for things to remind it of other things in its database. Those things may be triggers, like fear or hunger or sadness. Whatever it may be, those triggers bring up responses that are embedded. So if someone turns their eyes a certain way, and you start to feel afraid, there seems to be no explanation of what’s going on. So you say, “I need to shut that off, I need to get away from that feeling. I need to drink.” 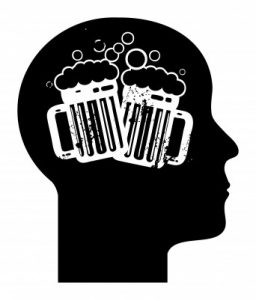 You’re getting conditioned, just like Pavlov’s dogs. And if your brain is getting zapped all over with these certain things, then you have to watch out. These things build up in your mind over the years. When you become an adult, now you have all these things going on deep inside your brain. Your brain is constantly searching your environment for these things. Whether it’s stress about money, whether it’s an argument with your spouse, whether it’s stress at work. Your brain is saying, “in order to relax, I need this.” Which is why a lot of people call chemical dependency a disease.

There’s something in brain science called neuroplasticity. That means that your brain is like plastic. It’s pliable, it’s flexible, it changes. When you have someone who is addicted to alcohol, chances are they are addicted because there are lots and lots of triggers. Just like how Pavlov’s dogs were triggered to desire food at the ring of a bell, you are now triggered to desire alcohol for just about anything.

In addition to all these triggers, and all these things building up in your mind, you are now also controlled by the alcohol. It’s as if the alcohol has quite literally hijacked your brain. So when everything is triggering you, you feel like you need this to survive. So even when you do try to quit, these triggers are going on behind the scenes.

You’re not going crazy. This is quite simply what happens to an alcoholic. This is natural. But it’s time to get help before it gets worse. Understanding your brain and
understanding why these things are going on will help you. Because I want to let you in on a secret: there is a bypass button. Once you know that this is happening, you
can hit that bypass button to stop yourself in between cycles, and you can stop yourself from drinking.